The Casting Admin team is responsible for supervising and overseeing both the existing series and start-up of new projects/pilots. We act as a liaison between the various casting directors assigned to each project and the production office personnel to assure a smooth flow of paperwork and compliance with SAG rules and regulations. We are looking for a Director to oversee the department.

· Supply casting directors and production offices with an orientation memo of show procedures before the production begins. Supply the correct contract forms and templates to casting and production to ensure compliance with casting admin procedures.

· Review all deal memos and contracts sent in for each actor, stunt, dancer, singer before they are sent to the set for signatures. Work with the show casting directors on closing deals if problems with the schedule arise (drop/pick contract, Series Performer deals, cross-boarding rules, etc.).

· Prepare time sensitive nudity/simulated sex riders for each production as needed. Preparing Photo Likeness memos for actors, if necessary. Review and give final approval to all “on-air” talent credits.

· Work closely with Sony Business Affairs and Legal on preparing or editing the freelance contracts/nudity riders for guest star talent and coordinating with outside agencies to get these contracts fully executed.

· Prepare specialty contracts for the Music Department for singers within an episode and singers performing theme songs.

· Track which actors have been edited/written out for residual purposes and make corrections to the cast sheet based off a review of the fully signed SAG freelance contracts. Re-distribute the final corrected cast sheets (and any later updates) to Sony personnel and production staff for their records.

· Work closely with Labor Relations to interpret union rules/problems that arise daily on most of the television product. Advise Casting Directors, producers and production personnel regarding the application of SAG and AFTRA rules and regulations to ensure compliance.

· Act as a liaison and support between Labor Relations, Business Affairs, Legal, Payroll, Residuals and other departments, as well as outside agencies, regarding casting administration issues and problems; implement and update the different SAG/AFTRA freelance contract templates for all shows; act as research support for residuals and publicity and Labor Relations.

· Make sure the quarterly (EEO) Minority Reports are sent to SAG and AFTRA and that Series Regular clearance is completed bi-annually.

· Must have a general knowledge of SAG/AFTRA rules as it pertains to casting and fielding questions from casting directors, production executives and producers on rules and regulations.

· Must be highly organized.

· A background in casting would be important.

· Any paralegal skills would also be helpful. 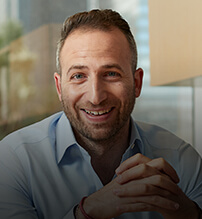